RARA stands for the Regional Aboriginal Recognition Awards. It was started by a group of individual volunteers in 1986-1987, who became the founders and the organizing committee. Success was dependent on a clear and collective understanding of why the founders pursued the development of the Regional Aboriginal Recognition Awards. They went through the process of developing a foundation by setting out to have a common long term vision, mission outline and specific goals.

The same people who recognized this were also very cognizant that there were a number of Aboriginal people making positive contributions to their various communities and to the Region, which at the time included Fort McMurray and the two local improvement districts representing the communities to the north and south of Fort McMurray. Over time, these regions became amalgamated into the Regional Municipality of Wood Buffalo. From the beginning, the oilsands plants stepped up and provided financial support to the RARA Awards. The support has grown over the years to include a number of other members of industry as well as the Aboriginal, business, hospitality, media and education community, which includes the Catholic and Public School Districts as well as the Northland School District. We also enjoy the support of the local Athabasca Tribal Council.

The vision was to recognize Aboriginal people who have made accomplishments in specific areas by acknowledging his or her contributions made towards the betterment of Aboriginal people, and the promotion of Aboriginal self esteem. This recognition instills pride in people. It would also show other non-Aboriginal people and institutions that tend to show indifference to Aboriginal people, that we are making many positive contributions to this society. The recipients of the awards are setting examples for others to do well. The categories of recognition are Elder, Leadership, Culture, Outstanding Adult Student, Entrepreneur, Trapper, Outstanding Athlete, Lifetime Achievement, Arts, Female Youth, Male Youth, Citizen of the Year (Female), Citizen of the Year (Male), and lastly Volunteer of the Year.

We recognize these people for their stamina and the impacts they make in their communities and precedence they set for other Aboriginal people that are climbing to the top to reach excellence. Many of these people that are being recognized have also been through the struggles and pains and discrimination, alcohol and drug use, family breakups, etc. This goes to show that from adversity can come accomplishment.

We therefore bestow our appreciation to the recognized by holding this annual event to presenting them with awards handed out by prominent respected individuals in the community, at a function which would include a banquet, guest speaker, local talent, honor song and following this a dance. A long time ago, various native communities recognized certain individuals by hosting events like potlatches, pow wows, feasts and various ceremonies. We wanted to renew these kinds of recognitions through RARA. This is the vision our committee believed in and would work long hours for, to see happen.

Secondly, with the vision in place we would decide on what our mission would be, we came to a concensus that we would publicize the concepts of RARA, promote them and then prompt participation from the communities. Our concepts were: Excellence should be recognized by peers in the community.

The founding members of RARA in 1986 were:

Jim, Bev and Allen all served on the RARA committee for a number of years. Bev remained always available in an advisory capacity until her passing in 2003. 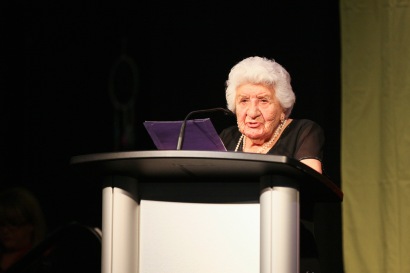 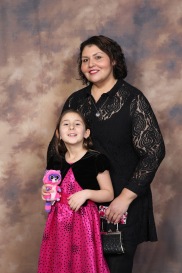